2021年5月15日 西坑林道から露門山を登る Mt. Lumen-shan of Wulai, a mountain peak so close yet so distant

Mt. Lumen-shan (露門山 or 路門山) of Wulai (烏來) may sound obscure to some readers. With a height of 1461 meters above the sea level it stands at the south of Mt. Dabaoke-shan (大保克山), a well-known peak of Wulai which is clearly visible from Wulai bus terminus and draws a lot of hikers. In terms of distance it is located just less than 30 kilometers from the center of metropolitan Taipei, a similar distance of famous Mt. Beichatian-shan (北插天山), yet very few hikers visit it. It is simply because it would take more than 10 hours of strenuous hike by any one of the four routes to reach its summit and back. It is geographically so close yet practically so distant. You could probably call it the most remote peak of Wulai. It is deep inside range of mountains and stands amongst them so it is not easy to see its whole body. It is like blind men touching an elephant and commenting what it should be like. But one thing is certain - it is not easy to put your feet on its summit.

There are four major routes to reach the summit of Mt. Lumen-shan. One north-west from Naidong (內洞) via Neidong forestry road (內洞林道), one west from Mt. Bolu-shan (波路山) via the ridge between the two peaks, one north from Mt. Dabaoke-shan and one east from Xikeng forestry road (西坑林道). We had a hike to the summit from Neidong last March and we made if rom Xikeng road this time. The both of forestry roads have long been abandoned and there are quite a few land slides, big and small, along them, which requires more efforts to go and of course more time, compared with well-maintained roads. Either trail is in fact not so in good shape like those of Qinshan trails of Taipei (台北親山步道) or Yangming-shan National park (陽明山國家公園). You have to have some skills to navigate beaten paths or you would probably get lost. 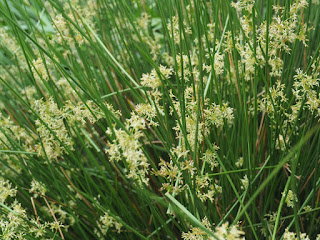